The second most common affliction to affect the wrists and thumb behind the trigger finger is De Quervain’s Tenosynovitis.

Named this after the Swiss surgeon Fritz de Quervain who identified the condition back in 1895.

De Quervain’s Tenosynovitis is the inflammation of the two tendons in the wrist. It is caused by repetitive movements such as lifting and putting down a child, playing racket sports and playing golf.

The disease is also known to affect people who use their cell phones regularly to send text messages, even named Texting Thumb.

There are many different treatments available for De Quervain’s Tenosynovitis, but the best form of treatment is rest.

Doctors will often prescribe medications like anti-inflammatory pain killers and heat rubs to those suffering from the condition. In some cases, a steroid shot will be administered to help with inflammation and ease the pain.

All patients are encouraged to wear a splint or brace when suffering from De Quervain’s to stop the wrist and thumb movement.

The most effective form of treatment is De Quervain’s wand and the tape and jelly, which are proven to reduce the symptoms of De Quervain’s disease. In some extreme cases, surgery is required to heal the condition.

The surgery for De Quervain’s Tenosynovitis is a tendon release, which will release the pressure on the tendon running from the wrist to the thumb.

The surgery begins with a small incision at the base of the thumb. The incision opens up the tissue surrounding the tendon, and this will allow movement to be made without pain.

The wound is then left open to allow the skin to heal naturally. In most cases, the surgery is successful, and the symptoms don’t ever come back.

The surgery is excruciating, and recovery time is anywhere from 6 weeks to several months depending upon the severity of the condition. 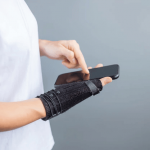 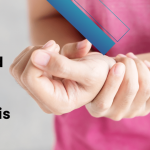 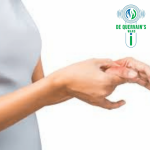